Chris Williams is beating the odds as a man from the southside of Chicago. 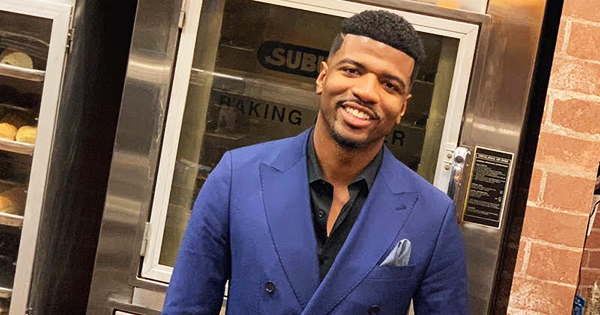 East Cobb County, GA — Chris Williams has gone from being homeless to making history as the youngest African-American Subway franchise owner in the Atlanta, Georgia area. His store, located at 3165 Johnson Ferry Road, Marietta, GA, is already a huge success!

Originally from the Southside of Chicago, Chris moved to Phoenix, Arizona to attend Finance School and to start a better life. After a streak of let downs from various jobs opportunities, he moved to Miami, Florida, and found himself homeless sleeping in his rental car, taking showers in local gyms, and washing clothes via the cleaners.

After four months of being homeless, he was hired as an Automotive Finance Manager making six figures a year. In July 2018, he started saving money to buy a Subway franchise and in just 10 short months, he was able to raise $120,000 for a separate venture.

A year and 2-months later, Chris went from being homeless to making history as the youngest African-American Subway franchise owner in Atlanta.

Chris Williams II is a young entrepreneur, and a recently sought after business gift from the Southside of Chicago. After being homeless he became more determined to pursue his dreams. Although Chris was in a bad financial state, he would still read books and study in his car at night. He remained faithful to his job search until he got hired in the city of Atlanta as a Finance Manager, and that’s where his life changed. Now at 26-years old, Chris has officially become the youngest Black Franchisee in the Atlanta area.

This site uses Akismet to reduce spam. Learn how your comment data is processed.

Welcome to the Men of Valour Store Dismiss